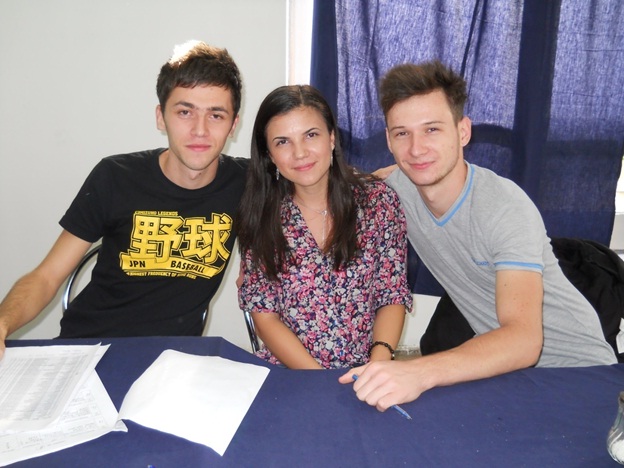 Within this project, together with the Faculty of Economics and Business Administration and University of Craiova management, ASFEAA dealt with providing appropriate accommodation in the halls of residence to the students of our faculty, according to their options, activities and entrance examination ranking. Everything was carefully planned, the accommodation criteria were met, so that there were no incidents or filed complaints, and things were managed perfectly.

The Faculty of Economics and Business Administration Freshman Ball 2012 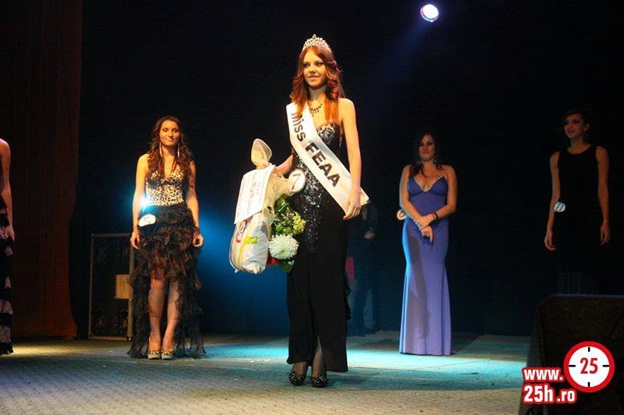 There is a tradition for the ASFEAA members to organise the Freshman Ball every academic year. They looked for candidates who would successfully represent our faculty in the Beauty Pageant and they dealt with all the details of the organization.

The young women were stunningly beautiful, but only one of them could be the winner. As far as we are concerned, all the girls could have won the first place. The final decision was made by a jury made up of our faculty teaching staff members. After the prizes were awarded, in the Marble Hall at the Students’ Community Centre, there was a banquet where the organizers dined together with the sponsors and the faculty guests. 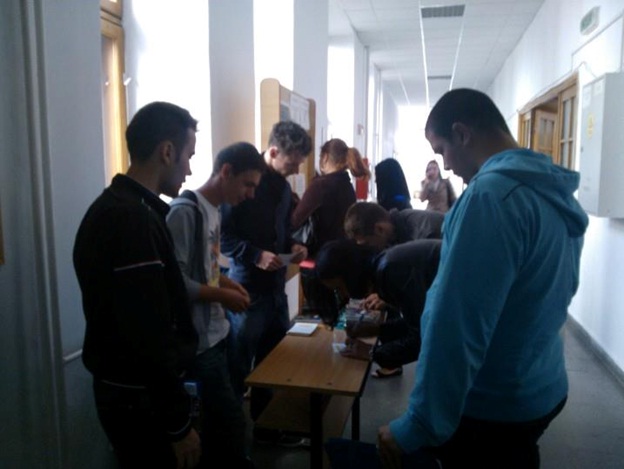 The ASFEAA members distributed the Ambition Agenda, together with samples of Nivea and an Orange 2000 minute/SMS Sim card for all our University students, including the Faculty of Agronomy, the Faculty of Automatics and the Faculty of Electrical Engineering, under a contract concluded between the Rector, Professor Dan Claudiu Dănişor, PhD and Ambition Bucharest. The idea was fairly successful, the students were enthusiastic and responsive to initiatives.

The Faculty of Economics and Business Administration Cup, 24-25th November 2012 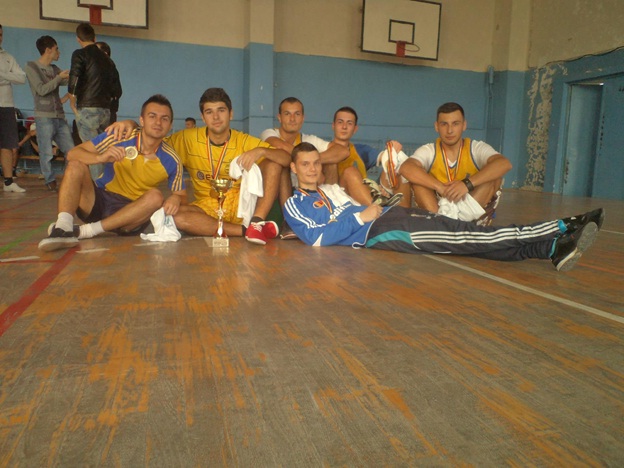 There were 8 teams and a pyramid scheme so that on the 25th November, together with our Faculty Dean, Professor Marian Siminică, PhD, and Mrs Mirela Cristea, Director of the Department of Student Support, we awarded medals to the winners, the cup and T-shirts with the University logo. The competitors struggled to win the cup. Some were disappointed, but others, who were not lucky enough to be the best team, were self-motivated and promised to come back in a better shape the next year. The championship was set to take place every year, with the support of our faculty. 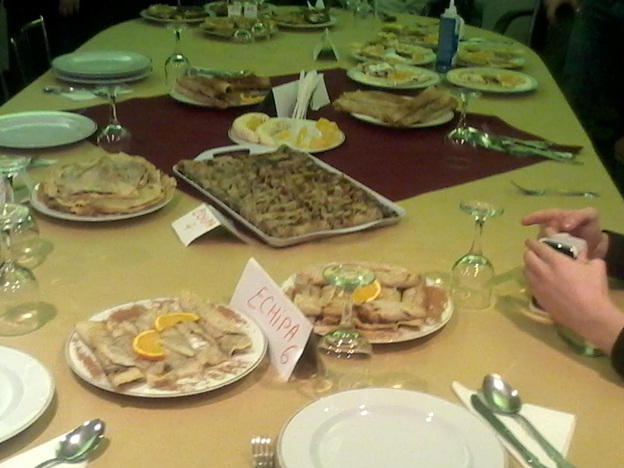 ASFEAA had the initiative of a cooking contest, and what could have been easier than preparing different types of pancakes? It is known that, through cooking, people become more relaxed, more responsive, both those who cook and those who taste from the dishes. To the delight of the 8 jury members, the pancakes were all tasty. In the end, a team of young women was the winner, due to their pancakes in two colours and with different fillings; the men’s prize was awarded to the only male participant. The participants also tasted the pancakes prepared by the other competitors and drew conclusions. 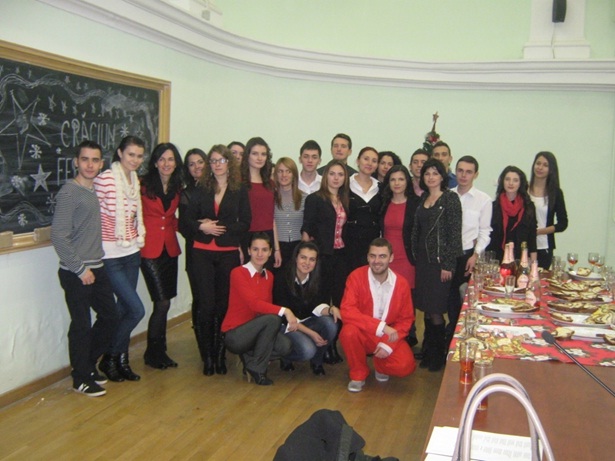 In a humanitarian gesture, the Faculty of Economics and Business Administration assisted a five-member family with three children, who had no running water and no electricity. The ASFEAA members sang Christmas carols at the last Administrative Council meeting, and the collected money was entirely used to help this family. The purchase included small fir trees and decorations meant to bring a the Christmas spirit, clothes for the children, food, hygiene products. The joy of the family was beyond the power of words. 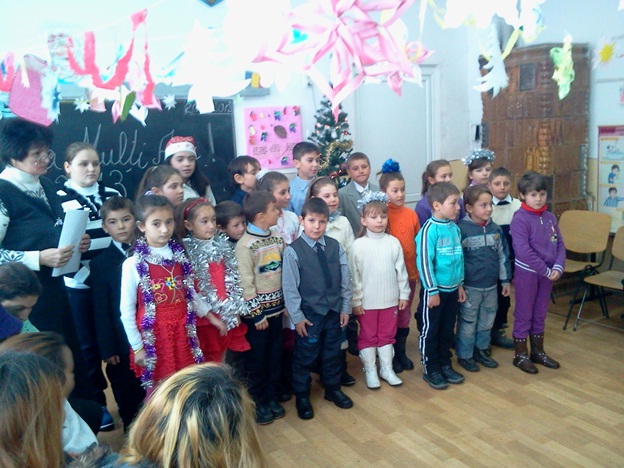 ASFEAA launched a campaign where students and the teaching staff donated clothes and toys to impoverished families. This was a large-scale campaign, as very many things were coolected, which were donated to innocent children, who had lost their hope to ever see or feel Santa again. 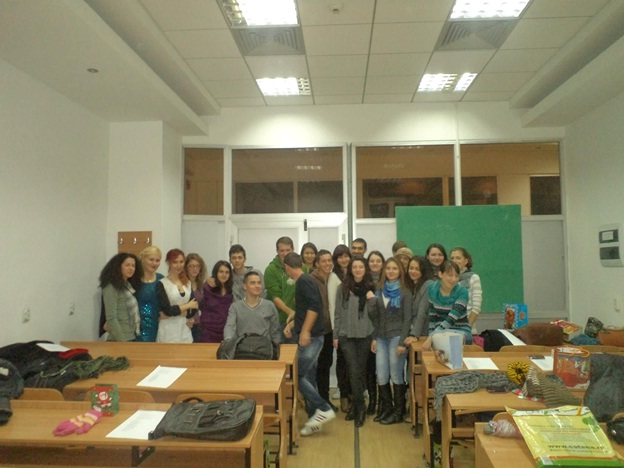 The ASFEAA members gave presents to one another, according to the notes drawn from a hat containing the ames of all the project participants. An amount of money was shared evenlyin order to avoid financial discrimination. The event was like a “family” evening. 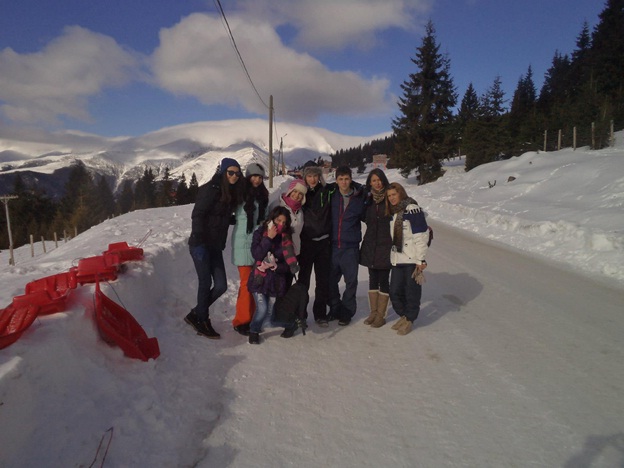 With the Faculty management support, the most ambitious and hard-working members enjoyed a six-day experience at the University Chalet of Rânca. These were unforgettable moments, when work and pleasure were combined.