It is based in the old family house of Nicolae Romanescu, an elite mayor of Craiova – in 1898, then from 1901 to 1916 and in 1929, personality which is bound with the modernization and the development of the city. From the owner’s name also derived the name of “Romanescu House” which, after entering the University of Craiova’s heritage, is known as The “University House” (being located on Calea Unirii, no. 57). According to research documentation, the former property of Nicolae Romanescu received the title of “University House” in 1974 and the act of entry into the possession of the University of Craiova is dated November 25, 1985. 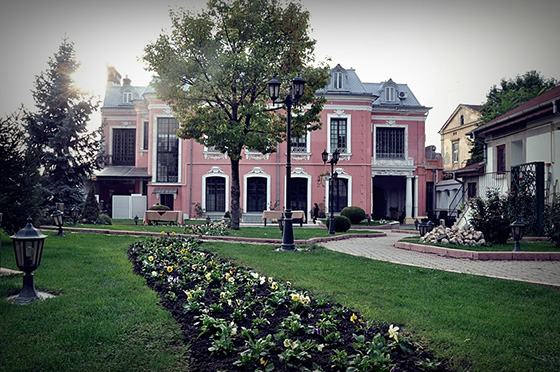 The building’s interior and the courtyard’s annexes were built in several stages during the nineteenth century (the first testimony about the house dates from 1833), reaching the final configuration, which still exists today, in 1903, thanks to the architect I.D. Berindey and the entrepreneur C. Roschovsky, who collaborated in an inspired way to confer not only artistic but also functional purpose. The entire building illustrates the conception of life of its owner and the mentality of an obsolete era. Thanks to the position of the mayor of Craiova, N. Romanescu came in contact with leading personalities of Romania, his house being a chosen hosting frame for some of his many meetings. Thus, among some of his guests we can mention: George Enescu Nicolae Iorga, Barbu Ştefănescu-Delavrancea Ion I.C. Brătianu, Take Ionescu, Elena Văcărescu, C.A. Rosetti, Alexandru Macedonski.

After the March 1977 earthquake that destroyed many buildings of the old town, The University House required major repairs that were performed, but without fully respecting the original forms. 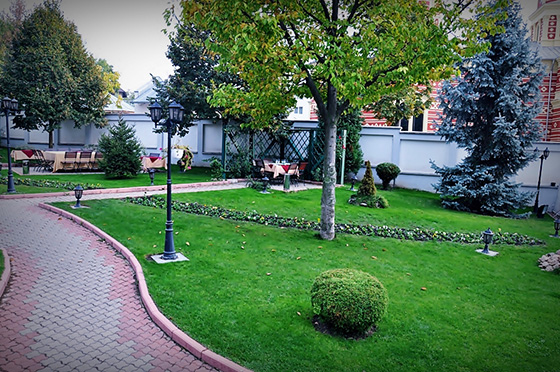 In 1996 repairs were carried out of the building, and in 1997 consolidation works were carried out, which were made after extensive restoration interventions by specialists from SC Restaurare – SRL Craiova, led by the painter restorer Octavian Ciocşan. Thus, the interior painting was wholly restored, just as all the other details that make this building an architectural monument. We emphasize that the painting of the entire interior of the Romanescu house is due to Francis Tribalsky – a monumentalist painter, Polish-born but educated at the Academy of Fine Arts in Vienna. He had been entrusted with painting and decoration works by other vase owners of Craiova, such as Gogu Vârvoreanu (the owner of the building which houses the Oltenia Metropolitan Palace), Constantin Dinu Mihail (the owner of the building that currently houses the Art Museum). 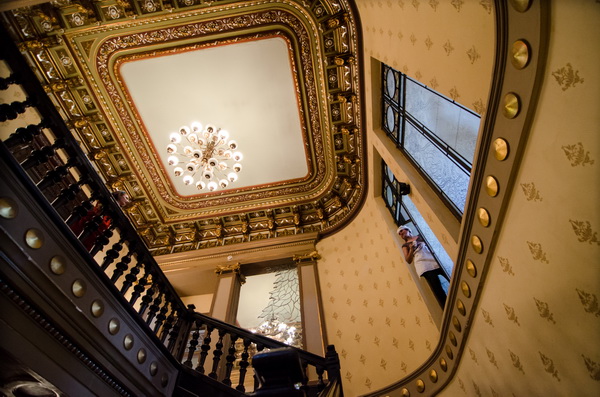 Currently, the University House is rented to SC DASIDISTRIB GROUP SRL having a restaurant where the University of Craiova can still organize the activities listed above.