This project is the first approved within the programme “Young People in Action”, and the first exchange hosted by ASFL. For the organization and development of activities, a part of the project team members brought their personal experience acquired as participants in similar events, in YiA exchanges and trainings.

“Trans-European Journey: Breaking Down Stereotypes” started from a real situation, when during an international training, a Polish participant asked an ASFL member a lot of questions related to Romanians/Romani people, and she pointed out several times that she was astonished to find out that Romania is not a wild and uncivilized country as she had been told.

Thus, the scheduled and developed activities tackled such issues in order to solve them in an informal manner, with the purpose of increasing tolerance and of promoting solidarity among young people, of facilitating cooperation irrespective of one’s ethnic identity/nationality and gender, of drawing attention to how the younger generation can get involved in order to become active European citizens.

The activity programme was drafted in cooperation with the Polish partner, when there was an idea to implement the project, which would be then adjusted to the realities in the host country, and to the means of our association. During the preparation period, the project was presented to our partners and approved by them. If it was desirable and possible, they were even asked to chair some sessions. 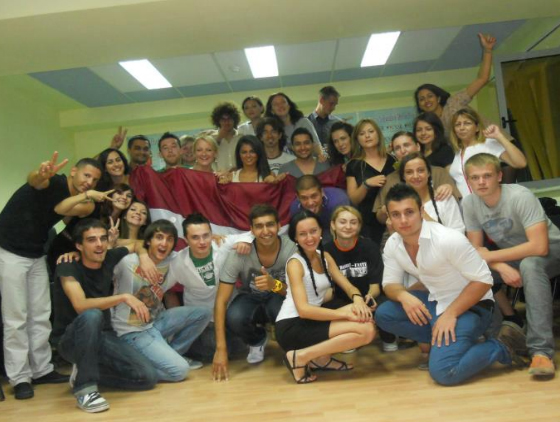 This time there were 49 participants from 9 European countries: Romania, France, Italy, Poland, Latvia, Cyprus, Malta, Spain and Portugal, who were involved in a series of outdoor activities (tennis, badminton, football, rollerblades, dancing, martial arts, tae-bo), as a substitute for smoking; a street activity was also prepared and a public conference in order to draw the citizens’ attention to the effects of this vice.