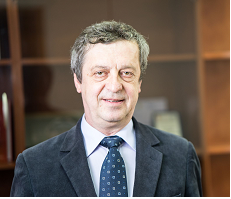 Professor Radu Constantinescu graduated the Faculty of Physics of the University of Craiova and holds a PhD in Sciences. He has published over 100 scientific papers, out of which 30 in ISI indexed journals. He has been cited 80 times in ISI indexed journals. He is a reviewer for Mathematical Reviews (USA) and Central European Journal of Physic and a member of IEEE and the American Mathematical Society.

Professor Radu Constantinescu has coordinated a number of national and international research programmes, as well as Erasmus or Grundtvig educational programmes. He has worked as an expert for the European Commission on issues related to Higher Education and as a promoter of the Bologna programme for Romania, as well as a president of the UNESCO’s Southeastern European Network in Mathematical and Theoretical Physics (SEENET MTP) – comprised of universities and research institutes from 10 countries in South-Eastern Europe (since 2009).

He is also the scientific secretary of the Balkan Physical Union and a member of the Committee for European integration of the European Physical Society. 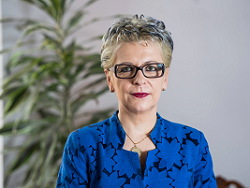 Professor Magdalena Mihai graduated the Faculty of Economic Sciences of the University of Craiova, being granted the Faculty Council’s recommendation for higher education and research. She holds a PhD in Economy. She is an expert accountant, member of the Body of Expert and Licensed Accountants of Romania; financial auditor, member of the Chamber of Financial Auditors of Romania; fiscal consultant, member of the Chamber of fiscal consultants. Professor Magdalena Mihai has published 42 books and course-books (single author and co-author), 32 academic papers in specialized journals, out of which 6 papers in ISI indexed journals. 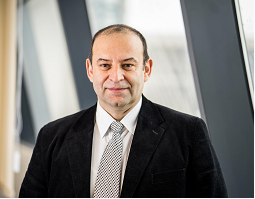 Professor Nicu George Bîzdoacă studied Automatics and Computer Science at the University of Craiova and holds a PhD in Automatics. He has attended courses and research programmes at Seoul National University, Robotics Laboratory, Departments of Mechanical and Aerospace Engineering, at Institut Universitaire de Technologie Cachan Paris Sud XI, Cachan, France. He has published over 130 scientific papers and is a PhD supervisor for the Mechatronics and Robotics fields, within the Doctoral School of the University of Craiova. He has been the coordinator of 6 national and 2 international research programmes; responsible for the implementaion of a major investment project with EU funds – INCESA; member in over 30 research projects. 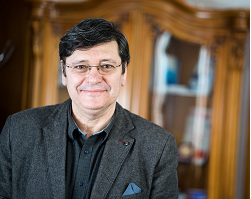 In 2015, he was awarded the “Simion Florea Marian” Prize for Ethnography and Folklore by the Romanian Academy for Oraşul subtil (The Subtle Town) (Editura Etnologică Publishing, Bucharest, 2013). 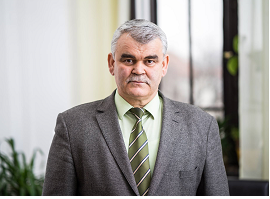 Professor Aurel Călina graduated the Faculty of Agronomy at the University of Craiova and holds a PhD in Agriculture and Horticulture - Pedology. He has published over 120 academic papers, out of which 6 are ISI indexed and 36 are BDI indexed. He is a member of the following professional associations: Union of Romanian Geodesists, National Association for Rural Ecologic and Cultural Tourism, Oltenia Tourism Association, CONSAGRO Craiova Association. 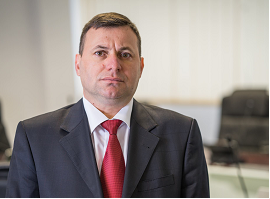 Associate professor Dorel Berceanu graduated the Faculty of Economic Sciences and the Faculty of Automatics, Computer Science and Electronics, at the University of Craiova. He holds a PhD in international economic relations. He authored and co-authored almost 100 academic papers which were published in specialized journals. He coordinated or was a member in 20 contract/grant related research projects. He attented numerous training programmes abroad, specializing in financial management and company finance, such as: Middlesbrough (United Kingdom), Nijmegen (the Netherlands).

The Vice-Rectors fulfill duties that are delegated by the Rector in writing.